Lessons at an early age

Steve Van Andel recalls a trip he took with his father, Amway Co-founder Jay Van Andel in the early 1970s. They visited several countries, including China.

“I was still a kid,” Steve said. “For me it was fun to be with him and watch him go around.”

When they arrived in China, Steve asked his dad why they were visiting that country.

“He said, ‘I like to go to different countries to look at the culture to see if it would be a place for the Amway business to come,’” Steve recalled. “He was always interested in finding out where the Amway opportunity could go.

“He started back then looking at different cultures, governments, politics and regimes.  Asking: What are the people like? What do they want? Do they want to be able to do something for themselves?” 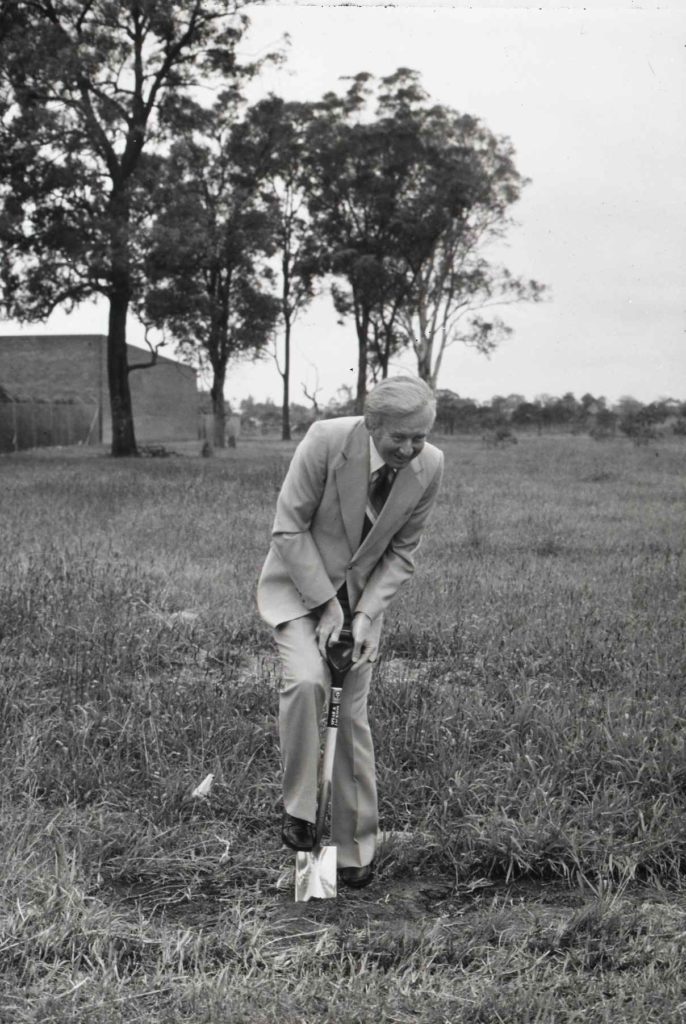 It would be 20 more years before Amway would expand into China, but the 1970s did see global expansion for the company. After testing the waters of international expansion with Canada in 1962, Amway moved into eight more countries in the 1970s, starting with Australia, in 1971 and the United Kingdom in 1973.

Australia was a natural choice, Jay said at the time, because it was a fast-growing, English-speaking market and “the business environment resembled the excitement of our Old West in the United States.”

Rich is also remembered as joking that it was a great place to test out the business because it was so far away, if they failed no one would know.

The United Kingdom was followed by Hong Kong in 1974, another important milestone. Hong Kong served as the gateway market to the east. Today, Asia is Amway’s biggest region and there are offices in 12 countries there. While the business was going global, Amway’s World Headquarters was also expanding. After starting out in basements and upgrading to a former gas station, a construction project brought the footprint to almost one million square feet, transforming it into the iconic look it has today.

People are often surprised to learn that Amway’s global headquarters is still in the same place as Rich and Jay’s first offices. When the new building was dedicated in 1973 as the Center for Free Enterprise, more than 4,000 Amway Independent Business Owners, employees and community members gathered to celebrate.

World Headquarters continues to be a destination for successful IBOs who want to see where it all began, witness the science and engineering behind the products and walk the same halls once walked by Rich and Jay.

The 1970s culminated with prestigious industry honors for both Rich and Jay, cementing their role as leaders in direct selling, business ownership and entrepreneurship.

Rich understood that business isn’t ultimately about products – it’s about people. That approach earned accolades from the Direct Selling Association, a trade group for companies that manufacture and distribute goods directly to consumers. In 1979 he was inducted into the Direct Selling Hall of Fame, bringing the industry’s highest honor home to Amway.

His sons Dick and Doug, both former presidents of Amway, shared in that honor many years later when their father presented them with their own membership to the Direct Selling Hall of Fame. Steve, too, followed in his father’s footsteps. In 1980 Jay was elected chairman of the U.S. Chamber of Commerce. In that role he promoted job creation, supported innovation among U.S. industries and advocated for businesses all across America.

He believed the American Spirit made Amway possible, and championed the American values of free enterprise and open trade around the world. Steve assumed that role in 2001 and was happy to continue his father’s legacy.

“One of the philosophies we share is that we always try to help others,” Steve said. “You can see it in the business—we help IBOs succeed. That’s part of the business. He also believed in sharing his knowledge with others, and I learned that from him.

“That’s where the chamber comes in. If I have some expertise in business, then I can help others in what they’re doing and advance the cause of opportunity around the country and the world.”

What does the global expansion of Amway make you think of? What hashtag would you use to describe the World Headquarters? How would you describe the leadership Rich and Jay showed in direct selling and entrepreneurship?

Post your hashtag comment below and be entered to win a set of Artistry Studio™ Cheek & Lip Duos in Pantheon Peach, Rouge and Polaris Pink. And come back to Amway Connections for more blogs marking Amway’s 60th anniversary and opportunities to win our Amway through the Decades Giveaway*!

Go behind the scenes at New York Fashion Week, and discover the Artistry look created for designer Pamella Roland!