When Jay Van Andel and Rich DeVos launched Amway in 1959, it was not their first venture into direct selling.

Working under the name Ja-Ri Corp., the pair had been active distributors for a small supplement company known as Nutrilite Products Inc., rising in the ranks to be among the company’s top sellers. In fact, the Amway business model was designed largely after what they saw as the successful parts of the Nutrilite model.

Sam Rehnborg, Ph.D., son of Nutrilite Founder Carl Rehnborg and president of the Nutrilite Health Institute, remembers when his father first introduced him to Rich and Jay at a Nutrilite distributor meeting.

“I was about 14 or 15 at the time and my dad pointed out these two young fellas in the back of the room,” said Sam, known in Amway circles as Dr. Sam. “He said, ‘You see those two young fellas? They’re really doing a bang-up job at Nutrilite and I think they’re going to be very successful in the business.’”

Dr. Sam said his dad called them over and they talked, asking him all sorts of questions about his schooling, his father and what he thought of the business.

“I never forgot how enthusiastic they were about the Nutrilite business and how wonderfully they spoke of my father and what he was doing,” Dr. Sam recalled. “They could see the benefit of the product, but one thing they also saw was the tremendous potential of the business side of it.

“The best people to sell your product are those who are using the product. That’s what drives repeat business.”

Later, even as they built Amway on the strength of home and beauty products, Rich and Jay continued to sell Nutrilite products. In the early 1970s, as the nutrition market was expanding, they wanted something their Amway distributors could sell.

Jay put the Amway research and development team on the task, but they soon found they couldn’t come up with anything to rival Nutrilite products with their plant concentrates developed through years of research by Carl Rehnborg on his sustainable farms.

Dr. Sam had long since joined the family business and he and Rich would talk as they ran into each other at industry events. In 1972, those discussions eventually led to a business agreement that allowed Amway to fill a hole in its product offerings and allowed Nutrilite to expand its sales beyond the United States. 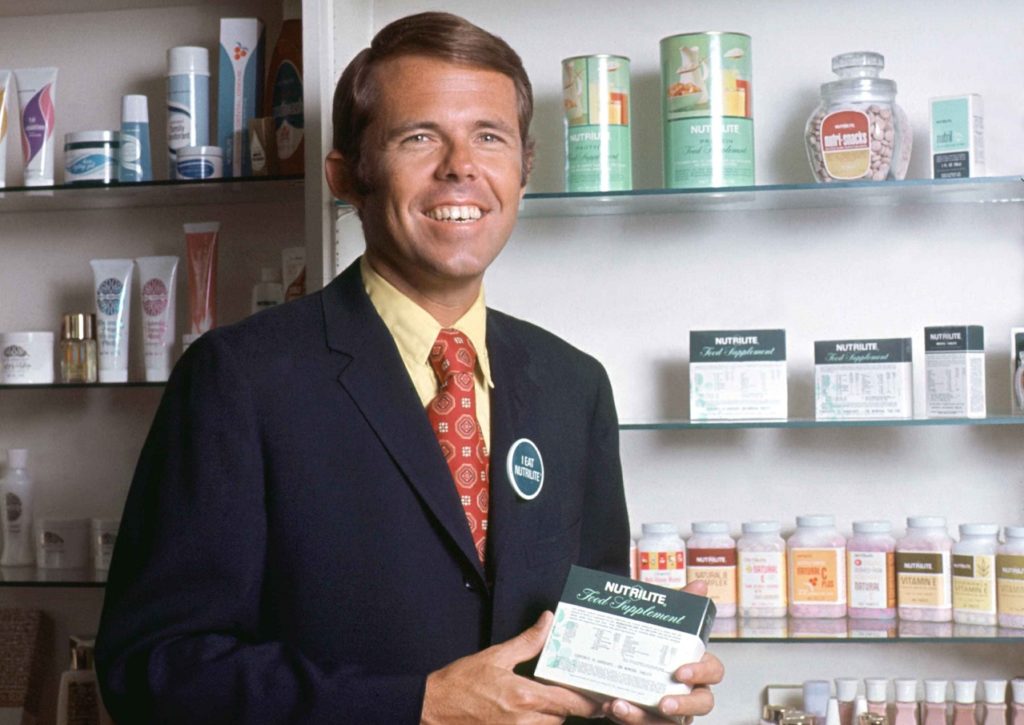 Sales of nutrition products now account for more than half of all global product sales for Amway, and Nutrilite is the world’s number one selling vitamins and dietary supplement brand†.

“When we joined Amway, we were just in the U.S.,” Dr. Sam said. “Now we’re in markets all over the world. That’s huge. And the world is slowly awakening to the idea that the best way to tackle most of the problems is to make better choices in the first place. That’s what Nutrilite is all about.”

Post your hashtag comment below and be entered to win a 31-day refill pack of Nutrilite™ Double X™ Vitamin/Mineral/Phytonutrient Supplement. And come back to Amway Connections for more blogs marking Amway’s 60th anniversary and opportunities to win our Amway through the Decades Giveaway*!

This season’s New York Fashion Week impressed once again. See how you can get the runway look!