The roots of Amway can be traced back to a partnership, a simple agreement between two high school students—one with a car and one who was tired of walking.

Jay Van Andel agreed to give Rich DeVos a ride to school each day in exchange for 25 cents a week in gas money. That was the first time the two had met, and it was the beginning of a lifelong friendship and partnership that produced a host of entrepreneurial ventures.

The start of something big

Those ventures culminated in 1959 with Amway, short for the American Way, which over 60 years has become a multi-billion dollar direct selling company providing opportunity to more than 1 million business owners across the globe.

It was an unlikely partnership. The men had very different personalities; Rich was outgoing and social and Jay was more serious. They likely would not have become friends were it not for Rich’s tired legs. But they did, and what developed has been described as one of the greatest business partnerships in history.

What made that partnership so powerful? Common values and trust, said Rich’s son and Amway Co-chairman Doug DeVos.

He said his father and Jay shared a Christian faith, a spirit of adventure and independence, confidence in free enterprise and a powerful belief in people.

“They believed that every person had incredible potential within themselves, and all they needed was an opportunity to express it,” Doug said. “And they always trusted each other. That was easy when things went well, and absolutely critical when things went wrong.” 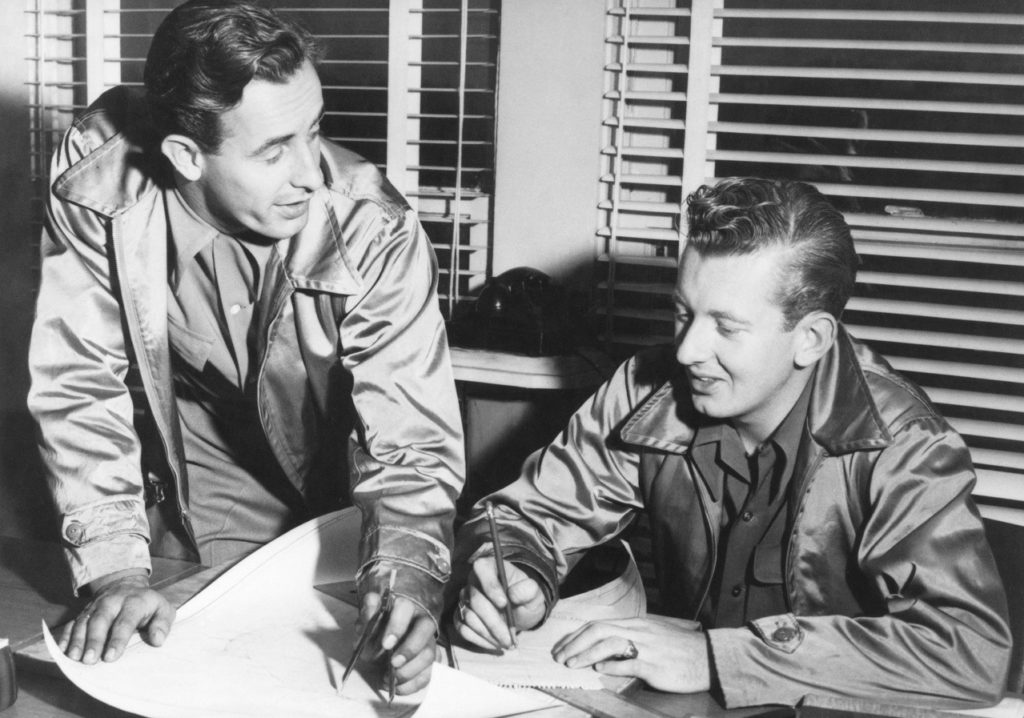 Amway Co-chairman Steve Van Andel, Jay’s son, also pointed to trust, and respect, as key to the partnership shared by the company’s cofounders. He said that partnership inspired the company through its 60-year history and will in the future under the leadership of new Amway CEO Milind Pant.

“Their example of strong partnership built a legacy for Amway over the years, and we carried that forward as the second generation started leading the business,” he said. “It continues to be a guiding force for us today as we bring Milind into the business as CEO.

“Partnership is all over Amway. It drives our business forward each day.”

“Fundamentally, the whole culture of Amway, not only internally, but with our business owners around the world, was built on the foundation of that original partnership,” Ayres said. Ayres said he sees it explicitly expressed today in the success stories of Amway Independent Business Owners, which, almost without fail, have a common theme: They struggled to find success no matter what they tried, until they began focusing on helping others on their team succeed.

“When they did that, all of a sudden their business took off,” he said. “That’s an example of the Rich and Jay partnership.

“When I think about that partnership, and what they did, it could be considered one of the greatest partnerships in the history of business—certainly in the United States, maybe the world.”

Post your hashtag comment below and be entered to win a 4-liter container of floral scented Amway Home™ SA8™ Liquid Laundry Detergent. And come back to Amway Connections each week for more blogs marking Amway’s 60th anniversary and opportunities to win our Amway through the Decades Giveaway*!

*The Amway through the Decades Giveaway is sponsored by Amway Corp. and runs from April 8 - July 1, 2019. No purchase necessary.  See official rules here.

Serums are an important step in your skincare routine. Let’s break down some common questions about these skin care powerhouses.