When you’re a trailblazer, it’s sometimes difficult to find a mentor to look to for guidance.

That’s all the more reason you need to be available to mentor those who come after you, said Dr. Jen Welter, the first female coach in the National Football League.

“For me, being the first means that you have a responsibility to not also be the last,” Welter said. “There were no women who could open the door for me; that was OK. … But then I have to ensure that that door is open so the future generations have permission to dream bigger dreams that I ever did.”

Welter shared her insights recently at a summit called “Tackling Grass Ceilings: Building a Winning Game Plan.”  The event was part of Amway’s commitment to #inspiredcoaching through the Amway Coaches’ Poll partnership with USA TODAY and the American Football Coaches Association.

As when new players join a sports team, new Amway Independent Business Owners, or IBOs, get coaching and mentoring from established IBOs as a key part of their business training. Mentoring allows people to learn from others’ successes and mistakes.

“We, together, are in the business of helping other people achieve success,” Amway Co-chairman Doug DeVos once said in a speech. “It’s not our job to get people where we want them to go, but to help them get where they want to go. … In this business, nobody wins alone. We all win together.” 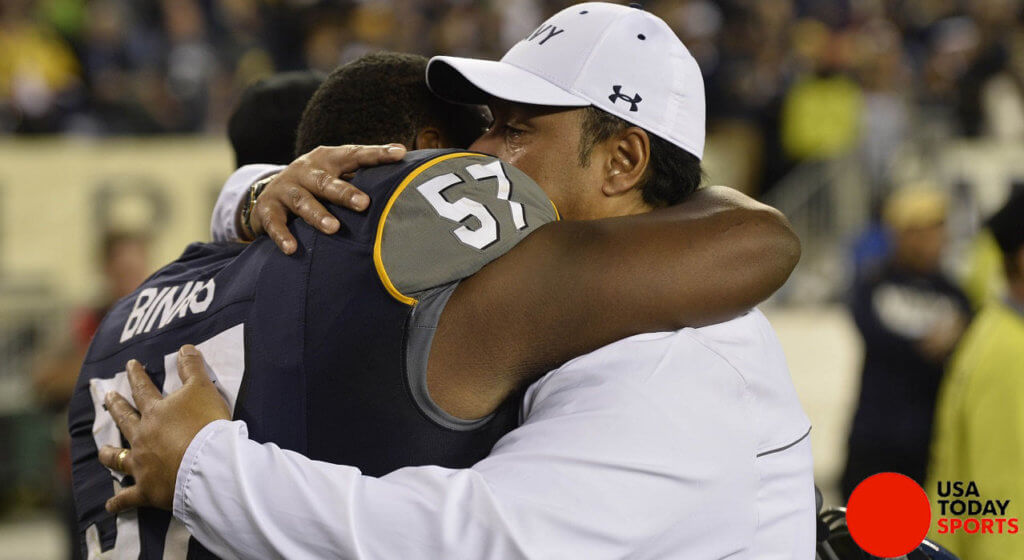 In college football, many coaches consider themselves mentors and father figures, which is key to their coaching philosophy.

“My coaching is all based on love,” said Ken Niumatalolo, head football coach for the U.S. Naval Academy. “I feel like in coaching, you have an opportunity to mentor some of these young men that maybe didn’t have a male figure growing up.

“It’s more than blocking and tackling. That’s a microcosm of what you’re trying to teach them. When you’re mentoring, you’re teaching them lessons for life.”

Easier than you think

USA TODAY Columnist Christine Brennan said being a mentor doesn’t have to be a big scary proposition, and it helps you as much as it helps others.

“I’m guessing many of you in this room are mentors and you might not even know it,” she said at the Grass Ceilings event. “You could be a mentor just by being present in someone’s life.

“Each and every one of us has something to offer others. It really is organic. You don’t have to hang up a shingle and say I’m a mentor. You just start doing it. And it really is fun and, boy, you’re energized by it, too.”

To read more stories about #inspiredcoaching, visit AmwayConnections.com. To learn more about Amway’s sponsorship of the Amway Coaches’ Poll and Amway Coaches’ Trophy, visit at Amway.com.